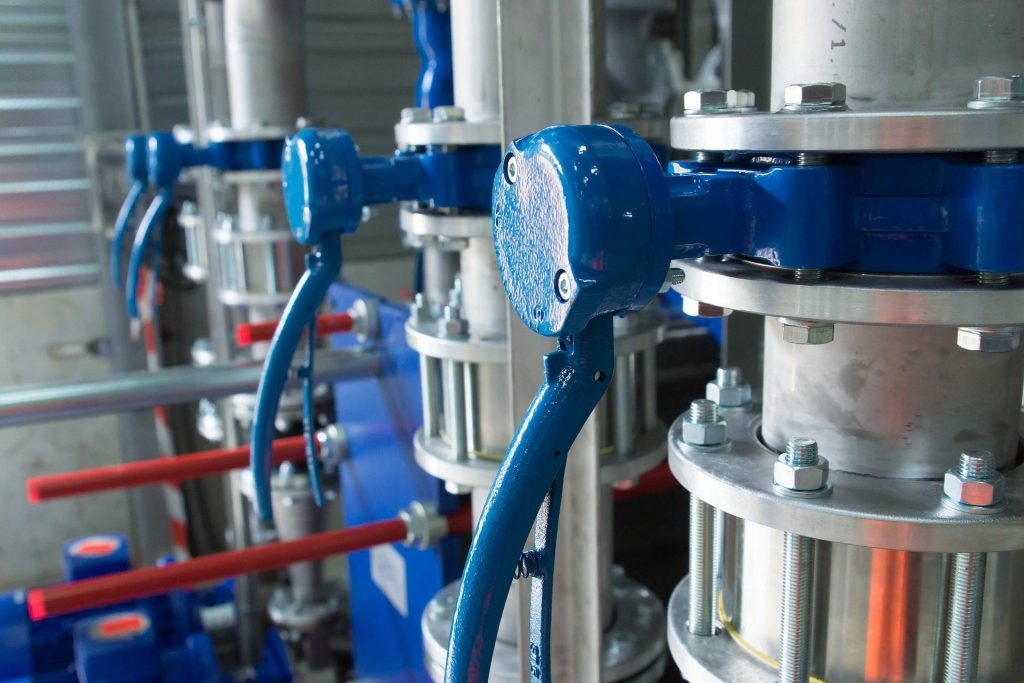 Langley Alloys will be a first-time exhibitor at the forthcoming Valve World 2019 event, on June 19th-20th at Houston.

Given the plethora of valve designs, operating environments and liquid medium being carried, the choice of construction materials is equally lengthy. Ahead of the event we review the Langley Alloys portfolio of relevance to valve manufacturers.

Firstly, we consider the valve body. For the very largest valves, the body will undoubtedly be cast. Many of the alloys currently available as forged round bar today will have started their development as a cast grade. That is certainly true for Ferralium 255-SD50, which was the very first super duplex stainless steel (SDSS) invented by Langley Alloys some 50 years ago, long before other grades such as Zeron 100, SAF2507, UNS S32750 and UNS S32760 were available. Langley Alloys history includes both operating our own foundry and also manufacturing our own valves, although those business activities were divested a number of years ago. However, the current casting grade, Ferralium 255-3SC (and the generic caption ASTM A890 1B CD4MCuN) are still widely used by many independent foundries.

SDSS offer increased strength over more standard stainless steels, meaning that valve bodies can either operate at higher pressures or be produced with thinner walls to achieve lower costs and weights. Unlike other SDSS, Ferralium 255 contains an increased level of copper, which before its development as a forged bar would have been present in castings to aid castability. Although it is sometimes (wrongly) thought that the presence of copper may negatively impact its forging through ‘hot shortness’ that was found to be not true for this alloy. However, controlling the duplex microstructure and optimising mechanical properties was more of a challenge when moving from a casting to a forging. The added copper composition of Ferralium contributes to improved pitting corrosion resistance, particularly in the seawater/chloride solutions and a number of acids such as sulphuric acid.

For intermediate-sized valves, there is a choice for the valve body of either casting or forging. Forging can achieve better mechanical properties, whilst casting can achieve more complex shapes and with less machining needed. To some extent, the choice between the two process routes will depend upon the type of alloy being specified, plus the size of the production run.

For smaller valves, it is possible for the body to be machined from solid bar. As with forgings, the wrought microstructure of a forged bar is a distinct improvement upon a casting. The increased capability and speed of modern CNC machining has certainly supported this move, but the increased integrity of a solid bar compared with a casting will contribute through reduced rejections.One of the more popular alloys used for the machining of valve bodies has been duplex stainless steel (UNS 32205 / UNS S31803, F51 / F60). It has been particularly popular for DBB – double block and bleed – valves, which can be supplied in relatively large number to ‘Oil & Gas’ projects. Duplex stainless steels have a strength and corrosion resistance somewhere between those of standard 316-type austenitic stainless steels and the higher performance super duplex stainless steels. It should also be remembered that the alloy specification may be defined by the operating environment of the valve as well as the liquid medium it will carry. Valves operating on exposed offshore platforms will be exposed to a corrosive, salt-laden atmosphere which would be too aggressive for 316 alloys. Painting the surface may interfere with its design and operation, therefore the use of 22%Cr duplex grades is a sensible selection for such projects.

Langley Alloys is the distribution partner of Sandvik for duplex and super duplex grades in North America. Our warehouses in Houston (TX) and Portland (OR) carry a substantial stock of the following grades, in sizes from 1/2″ up to 16″, in up to 40 different diameters:

Other alloys are used for the machining of valve bodies – we recently supplied Alloy 825 from our warehouse in the UK to a European customer. As Alloy 825 is more expensive than a duplex or duper duplex bar, it will only have been specified if the conditions (i.e. operating temperature) are beyond that which our other alloys could be specified.

The most common use of solid bar is for the production of valve trim. This term covers all of the other main components that go into the assembly of a valve, notably the valve stem and seat, plus either the ball, plug or gate depending upon the type of valve design. Super duplex stainless steels are commonly used for the ball, due to their strength, corrosion resistance and also their abrasion resistance relative to other stainless steels. The combination of flow rates, abrasive medium and corrosive conditions can lead to erosion-corrosion, for which Ferralium 255-SD50 is particularly resistant. If an SDSS is not sufficiently robust in its original form, elements of the trim may be overlaid with a thin layer of a more expensive alloy such as the nickel-based Alloy 625. Not only is this alloy more expensive, but the ‘cladding process’ also adds cost. Therefore it is applied only when and where required.

Ferralium 255 has a couple of notable end-uses. It has been frequently used in plate form to form the sliding gate in larger gate valves for mining applications and similar applications where there will be particularly abrasive conditions from the slurries being processed. Also, Ferralium 255-SD50 is specified by Stamicarbon and Toyo Engineering for their designs of urea production units, due to its superior resistance to corrosion in nitric acid-based solutions. Therefore, we frequently receive enquiries for valve (and pump) manufacturers for this unique alloy for use in their particular products. Finally, Ferralium 255-SD50 is also specified for inclusion in fertilizer production facilities by some of the world’s largest manufacturers for its resistance to phosphoric acid and the abrasive ‘phos rock’ slurries that are processed in solution, and so will be used in various valve designs.

Given the strong properties achieved by duplex and super duplex stainless steels – with a good mix of mechanical strength, corrosion resistance and cost competitiveness – then Langley Alloys is particularly focused on these alloys, and in supporting valve manufacturers who are able to exploit them. Our UK warehouse carries other grades, including the likes of Fermonic 50 (XM-19, Nitronic 50)  which is commonly used for valve stems due to its toughness across a wider range of operating temperatures than SDSS. Other grades such as the Monel and Inconel-type nickel alloys 625 (UNS N06625), 725 (UNS N07725), 825 (UNS N08825) and 925 (UNS N09925) are used for select components, along with K500 (UNS N0550) too.