The role of Nitrogen in improving corrosion resistance of stainless steels

The role of Nitrogen in improving corrosion resistance of stainless steels 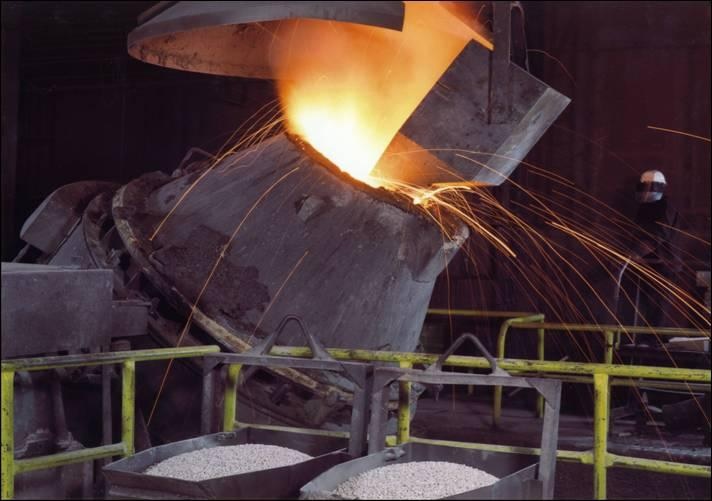 At around the same time that these steelmaking processes were developed, it became known that nitrogen, together with chromium and molybdenum, improves the resistance to pitting corrosion. The Pitting Resistance Equivalent Number (PREN) is a helpful theoretical way of comparing the pitting corrosion resistance of various types of metals based on their chemical compositions.

The most widely accepted version of the PREN formula utilises the content of chromium, molybdenum and nitrogen as PREN = %Cr + 3.3x %Mo + 16x %N. The PREN numbers can be used to compare different grades, but cannot be safely used to predict the absolute performance of a grade in a specific application. Due to the fact that most product specifications allow a range of compositions, certain end-users will also specify a minimum PREN value to ensure adequate levels of corrosion resistance. Given that the effect of the nitrogen content is multiplied by a factor of 16 then it has an important contribution.

The precise role that nitrogen plays is still to be fully understood. It is thought that its presence improves the level of surface passivation of stainless steels, and also the rate of re-passivation after pitting corrosion has initiated.

Nitrogen is also understood to be an austenite stabiliser, so is an attractive element in its own right as a lower-cost replacement for nickel. The solubility of nitrogen in steel is limited, so it is difficult to fully replace nickel or other elements, although the solubility limit of nitrogen is increased with the addition of manganese.

More recently, there is has been research in to the production of very high nitrogen steels, in an aim to produce high strength and highly corrosion resistant grades at lower costs for medical applications, removing the nickel content which can be problematic for some individuals.

Find Out More About Corrosion Resistance

If you would like to know more about Nitrogen and its relation to corrosion resistance, please contact us today.

Nitronic is a registered trademark of AK Steel Corporation.

< How does Nitronic® 50 compare with other alloys?Langley Alloys engage with metals consultant >