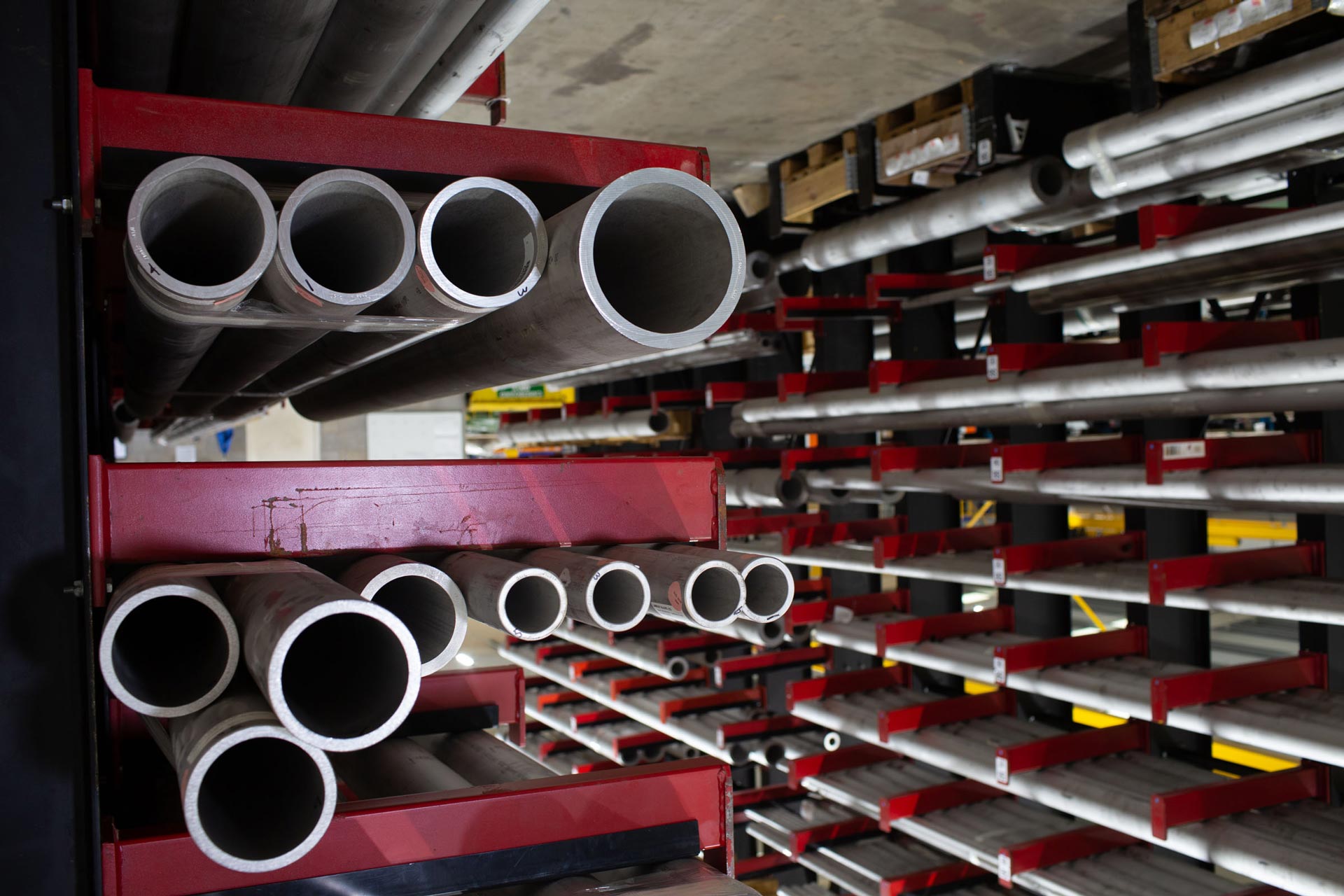 There are two main types of tube, welded or seamless, whose processes are distinctly different:

These are formed from flat metal products, either long coils of metal, slit coils (narrow coils split from a wider parent coil) or thicker plates which are formed to shape and then welded. For tubes with larger wall thickness, they will typically be formed from a single discrete plate which is pressed around a former to create the tubular form. It can then be tack welded before transfer to a different unit for welding and post-treatment. For tubes of thinner wall thickness, it is possible to produce them on a continuous mill where the metal strip is progressively formed into a tube through a series of rollers before welding occurs in-line. The continuous length is cut at the exit of the line to the desired length.

Seamless tubes can be formed by a combination of process routes, but all start with a solid round bar of the parent metal.

One of the most common processes is rotary tube piercing, sometimes referred to as the Mannesmann process after its originators. A small hole is drilled into one end of the bar and it placed into a rolling mill that applies compressive forces to the bar via a pair of rollers slightly skewed to the centre line. This creates internal stresses at the centre of the bar that encourage it to crack. A mandrel is then inserted into the bars centre, and as rolling proceeds a hole is formed through the centre of the bar.

An alternative to rotary tube piercing is extrusion. Here, the original billet has a basic hole created in its centre by drilling or punch-piercing. It is then heated and forced through a die and mandrel axially to create a long tube.

After creating a basic tube form, it can subsequently be worked through a succession of mills to reduce the outside diameter (OD), inside diameter (ID) and wall thickness to precise levels of dimension tolerance. These include: 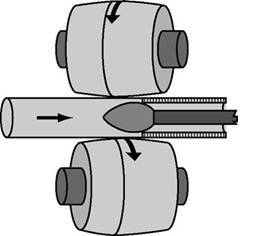