The role of copper in improving corrosion resistance of stainless steels

The role of copper in improving corrosion resistance of stainless steels 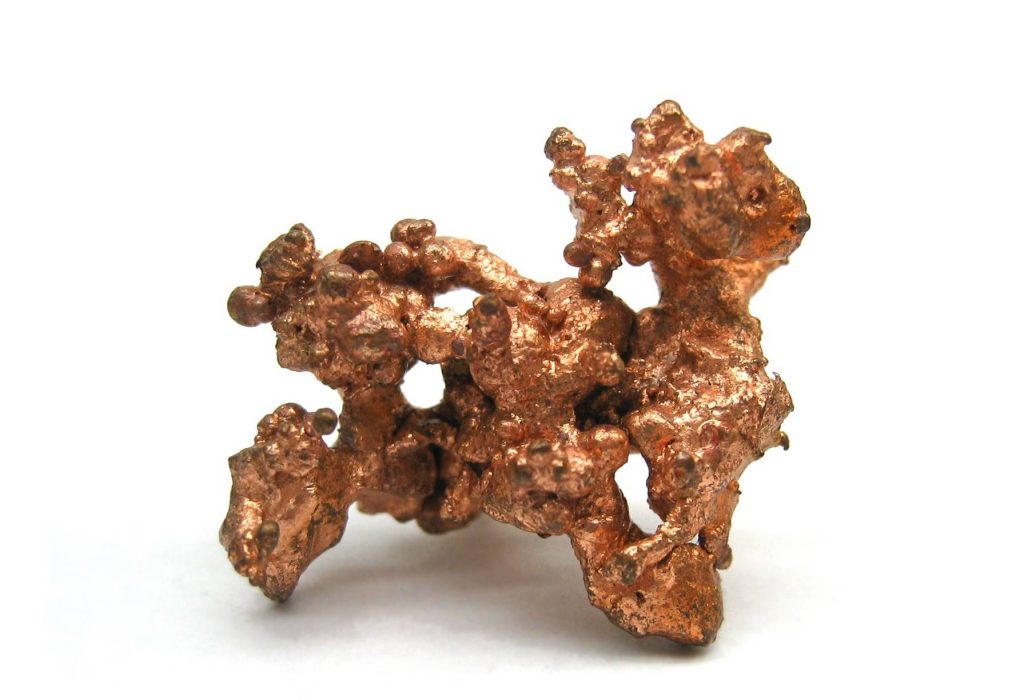 Copper is normally present in stainless steel as a residual element only. However, it is added to selected alloys in order to enhance their corrosion resistance, particularly in seawater and sulphuric acid solutions.

For many years, copper has been seen as an undesirable element within steel production. It has been associated with ‘hot shortness’, where it is molten at temperatures used for forging and rolling, causing items to break during processing. Great lengths are taken to segregate copper-containing parts from scrap steel that is consumed in volume steel production, in order to avoid its pick-up as a tramp element.

Despite the above historical concerns, copper has been more widely used in stainless steel castings, partly as it was associated with good ‘castability’ i.e. the ability of the molten metal to flow through the mold and achieve a sound casting. The case for copper proving to be good for casting and poor for hot working is far less conclusive than the anecdotes suggest, given that it has been used as a deliberate alloying addition in larger amounts. However, the positive impact upon corrosion resistance in selected environments is much clearer.

Copper has been shown to significantly improve corrosion resistance of stainless steels, particularly in seawater and sulphuric acid containing environments.

Sulphur is not added to steels deliberately (except in selected free-cutting steels only), as it can be problematical during processing. If present in large quantities it will result in hot shortness. Therefore, manganese is normally added to combine with sulphur to form manganese sulphide inclusions. As long as they are present in small quantities and finely dispersed, the effect on mechanical properties is limited. In larger quantities, they can align in the rolling or forging direction and result in poor impact toughness in the transverse direction.

In terms of corrosion resistance, any inclusions that are present at the exposed surface of a stainless steel component will not allow the chromium oxide stable layer to form there. This becomes the ideal site for pitting corrosion to initiate, and a pit can be quickly formed where the inclusion once was. Ferralium 255, Langley Alloy’s trademarked super duplex stainless steel seeks to limit this phenomenon by specifying sulphur content of <0.005%, which is far less than the typical limit of <0.01% for S32760 and <0.02% for S32750.

Adding copper to stainless steels has an interesting beneficial effect around these inclusion-initiated pitting corrosion sites. Dissolution of copper at the surface results in the precipitation of an insoluble copper sulphide (Cu2S) compound. This, in turn, prevents sulphur species from adsorbing on to the surface of the steel, thereby inhibiting further pit growth. In some ways, copper provides a self-healing effect for stainless steels, which will not prevent pitting corrosion from initiating at points of weakness in the passive layer, but it will slow or halt further corrosion at these sites preventing more harmful corrosion.

As well as the above mechanism, copper is also thought to create form an extra protective layer (passive layer) across the surface of the stainless steel in the previously described solutions. Copper sulphide is able to exist stably compared to either iron sulphide or nickel sulphide. Therefore, a layer of copper sulfide is proposed to complement the main chromium oxide passive layer.

Ferralium 255 (F61, 1.4507, UNS S32550) is perhaps the best-known exponent of increased copper additions. As the original super duplex stainless steel, it has been providing enhanced corrosion resistance in the harshest of environments for more than 50 years. Developed from a cast grade that contained copper for reasons of castability, the novel wrought form maintained a copper content around 2.0% in order to achieve superior corrosion resistance in seawater and sulphuric acid.

Alloy 20 (2.4660, UNS N08220, AL20, C20, CN7M) is a high-alloyed nickel grade, and not currently part of Langley Alloys stock programme. However, it is referenced as another alloy that utilises copper additions specifically to enhance corrosion resistance in sulphuric acid. It contains between 3.0 – 4.0%.

Copper has been including in lesser-alloyed grades of stainless steel, such as 316Cu (a variant of Alloy 316, UNS S31603) and 204Cu (a lower-cost variant on Alloy 304L) with improvements in corrosion resistance claimed.

For enquiries and product information, please call us on +65 6524 1129 or email seasia@langleyalloys.com to request a quote