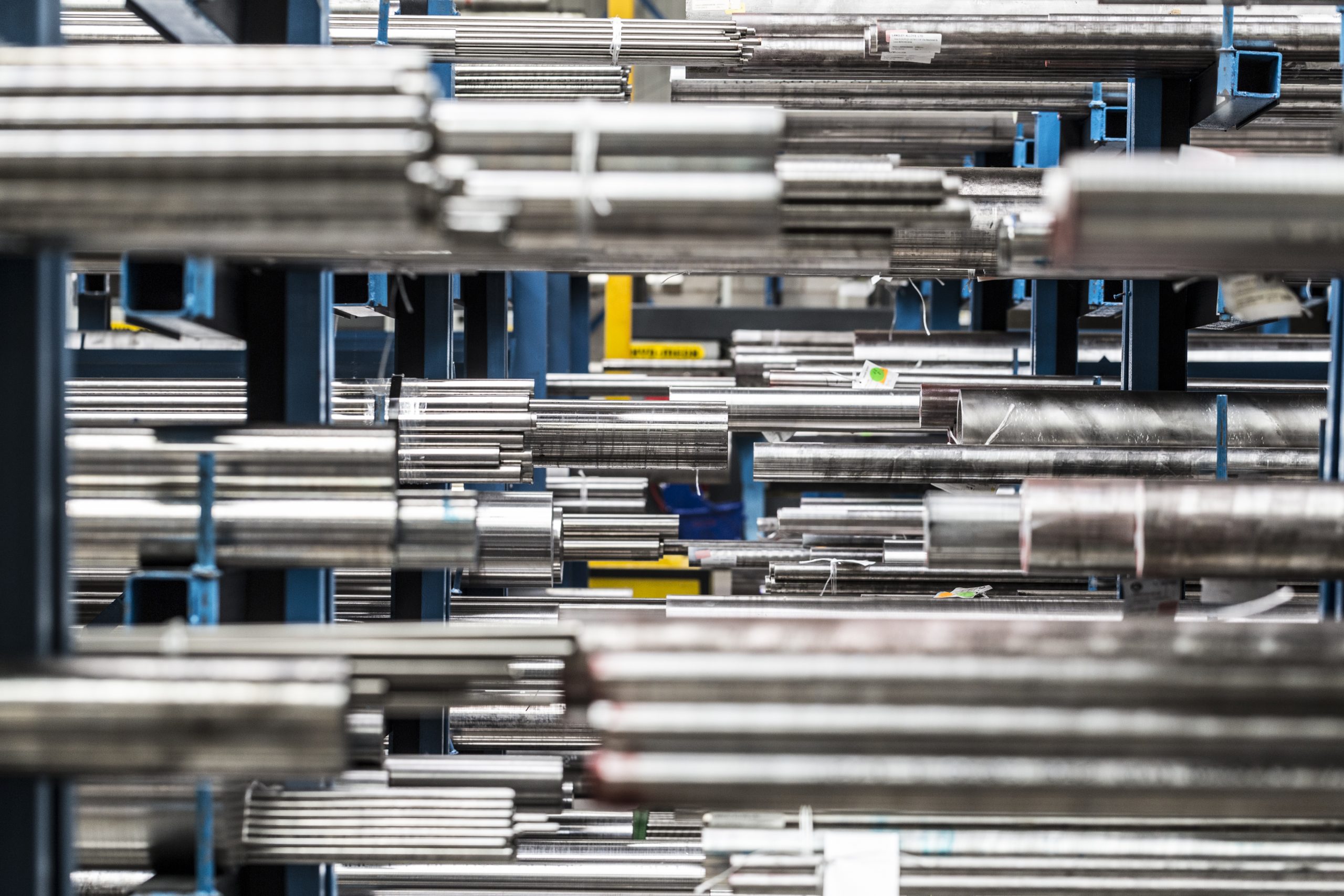 The role of molybdenum in improving corrosion resistance of stainless steels

The role of molybdenum in improving corrosion resistance of stainless steels

For a steel to be considered stainless steel it must contain at least 10.5% chromium. Above this threshold, it encourages the formation of a highly stable passive film which forms immediately upon exposure to an oxygen-containing environment. This very thin, self-healing layer provides protection to a wide choice of harsh environments, from seawater to acids, across a range of temperatures. Increasing the chromium content generally increases the corrosion resistance, associated with a thicker passive film.

Due to the inherent corrosion resistance of stainless steels, general surface corrosion is rarely a problem. Pitting corrosion is far more likely to occur, where there could be a defect or weakness in the passive film.

Molybdenum has empirically been shown to improve pitting corrosion resistance. It is, therefore, a major component in the calculation of the pitting resistance equivalent number, the so-called PREN value. It is a helpful theoretical way of comparing the pitting corrosion resistance of various types of metals based on their chemical compositions. The PREN numbers can be used to compare different grades, but cannot be safely used to predict the absolute performance of a grade in a specific application. The most widely accepted version of the PREN formula utilises the content of chromium, molybdenum and nitrogen as PREN = %Cr + 3.3x %Mo + 16x %N. Due to the fact that most product specifications allow a range of compositions, certain end-users will also specify a minimum PREN value to ensure adequate levels of corrosion resistance.

Therefore it can be seen that increasing the molybdenum content results in a greater uplift of pitting corrosion resistance that chromium. In principle, adding increasing amounts of molybdenum would quickly increase alloys performance. So, why is that simple logic not more widely followed?

Raising the molybdenum content has a direct impact upon an alloys cost. Compared with chromium, it is currently about 4 times higher in cost, which offsets the positive factor (3.3) in the PREN calculation. However, to maintain the favourable mechanical and physical properties of austenitic stainless steel, any increases in chromium or molybdenum to improve corrosion resistance must be offset by nickel and a series of other elements that act as ‘austenite formers’. This concept is best shown in the Schaeffler diagram below and also explained in our ‘Guide to Duplex and Super Duplex Stainless Steels’. Compared with chromium, molybdenum has a factor of 1.5 in terms of forming austenite. Therefore, additions of molybdenum instead of chromium are more cost-effective as long as the improvement in pitting corrosion resistance (compared with chromium) is larger than the extra nickel content needed to remain austenitic.

Adding molybdenum to stainless steel has been shown to increase pitting and repassivation potentials, and thereby enhance the passive film resistance by decreasing the number of point defects in the film. Molybdenum reduces the intensity of the oxidizing effect required to insure passivity and decrease the tendency of previously formed passive films to break down. In addition, molybdenum reduces the critical dissolution rate of alloys in acidified chloride solutions, and alloys with higher molybdenum content can remain in the passive state in stronger acids. Thus, it has been demonstrated that increasing molybdenum enhances pitting corrosion resistance through increasing protectiveness of the passive film and lowering pit growth rate.

Alloy 316L (UNS S31603, 1.4404, 17-12-2) contains around 2% molybdenum, which is the main difference between it and Alloy 304L. By adding molybdenum, there is an appreciable improvement in resistance to pitting corrosion, meaning it can be used in more aggressive environments including pharmaceutical equipment, street furniture and hand railing, plus marine fixtures and fittings.

Nitronic 50 (Fermonic 50, XM-19, UNS S20910, 1.3964) is a much more highly-alloyed austenitic stainless steel. Compared with Alloy 316L with a PREN of around 25, this grade has a PREN of 34. It is formulated with between 1.5 – 3.0% molybdenum, which is balanced by higher nickel content (11.5 – 13.5%) in order to retain a fully austenitic microstructure. This means that it has strong corrosion resistance with all the benefits of austenitic stainless steel, namely excellent impact strength toughness and ease of fabrication. It is most widely used in the production of valve stems, but also in downhole tooling due to its non-magnetic nature as well as marine components where Alloy 316L is not sufficient.

Alloy 254 (F44, UNS S31254, 1.4547, 254 SMO, 6Mo) is perhaps one of the most extreme applications of molybdenum additions, with a 6% content. As a result, the PREN value is 43, which is equivalent to or greater than most standard alloys, albeit at a cost due to the content of more expensive alloy additions. It will be used in very aggressive applications where duplex and super duplex stainless steels might not be suitable – for instance in maritime flue gas desulphurisation units where operating temperatures can exceed the maximum working temperature for a super duplex grade.

Lean duplex grades such as Alloy 2304 (SAF2304, 1.4362, UNS S32304) have negligible molybdenum content in order to help reduce their cost. However, manganese is added to improve the strength. It is more widely used in sheet and tube form, where the cost-saving for larger projects can be more relevant. To avoid stock-duplication, lean duplex grades are not commonly stocked as either solid bar or hollow bar.

Super duplex stainless steels offer an incredibly cost-effective combination of high strength and corrosion resistance, mostly due to their raised levels of chromium and nitrogen, with more sparing quantities of the expensive alloying additions of nickel and molybdenum. However, an amount of molybdenum is helpful to improve pitting corrosion resistance, acting in synergy with other alloying additions.

Alloy 625 (Inconel 625, UNS N06625, 2.4856) and Alloy 725 (Inconel 725, N07725) contain closer to 10.0% molybdenum, which helps to increase their PREN value to 45 compared with just 31 for the previously mentioned nickel alloys. Alloy 625 will, therefore, tend to be used in the most aggressive conditions, in terms of both environment and temperature, where its lower strength is less important.

Find Out More About Corrosion Resistance

If you would like to know more about Molybdenum and its relation to corrosion resistance, please contact us today.

< Which specifications apply to Alloy 718?The role of copper in improving corrosion resistance of stainless steels >